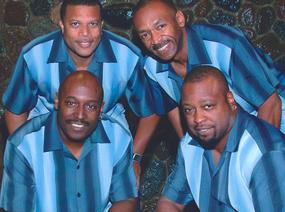 Risque is a four piece high energy variety-dance band from the Michigan area.

Errol Sanders, founder of Risque in the early 80's. also vocalist and bass player previously worked in show bands based out of Ohio.

Rico Sneed,  lead vocals, and guitar hails from Saginaw Mi. where he polished his skills as a energetic front man with several  bands before moving on to do a stint on The Royal Caribbean cruise line performing with one their top acts.

Steve Seward , drums and vocals has over thirty years experience and has performed with blues legend Albert King and R+B greats The Dramatics.

Yon Max-Aaron, keyboards and vocals has been with Risque from the beginning,previously heading his own  group " Magic" a popular smooth jazz band based from the Detroit area.