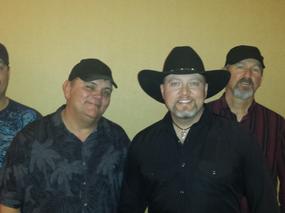 Kentucky native and country music newcomer, Clay Underwood is well on his way to becoming one of the hottest rising stars on the Nashville Scene. With his trailblazing debut hit single “Behind These Walls”, co-written by Dierks Bentley, Mel Tillis Jr., and Tammy Rogers, Underwood became the first unsigned independent artist in years to break TOP 40 and hold a spot for 4 weeks on the Nashville Music Row Charts. ?Underwood has gone on to become the first unsigned artist to ever break Music Row's Top 75 with three consecutive singles. His latest CD, "New Beginnings and Old Honky Tonks" has received an overwhelmingly positive response from radio, music critics, and most importantly, country music fans worldwide. This fourteen song collection, produced by Underwood himself, has many of Nashville's elite calling it “the best country album in over a decade!” Clay Underwood is true to his country roots and loyal to his fans. His story is rich with classic tales of “due paying” and musical moonlighting. All put together, the world is witnessing the birth and creative vision of a true Country Music Artist that will be around for a long time